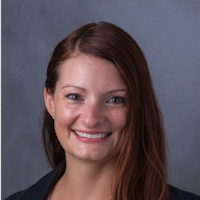 Jennifer has been involved in Hawaiʻi Innocence Project (HIP) since 2016, first as a clinical student and then as the Associate Director of HIP.  As the Associate Director, Jennifer oversees the daily functions HIP and manages the HIP standards and processes for application screening, case evaluations, case management, and litigation.  She also assists volunteer attorneys and Co-Directors in deciding whether cases proceed to the litigation stage.  Jennifer also trains and supervises students, employees, and other volunteers, assists and guides students in research and writing, and helps to coordinate forensic testing in HIP cases.  She also drafts HIP grant and scholarship applications and manages HIP spending and reporting methods as required by the University, federal grants when awarded, and any other private donor.

Prior to joining HIP, Jennifer worked both in education and criminal defense.  In 2003, she received her BA in English with a minor in Criminal Justice from Virginia Commonwealth University.  After receiving her undergraduate degree, Jennifer moved to Seattle, WA where she worked as a case and firm manager for two successful criminal defense firms.  She left Seattle and moved to Hawaiʻi in 2008, where she attended Hawaiʻi Pacific University, earning her MA in Applied Linguistics and Teaching English as a Second Language.  After graduating with her MA degree in 2011, Jennifer taught English at various high schools, language schools, and colleges throughout Honolulu.  Passionate about immigrant and other minority rights, she decided to return to the law and attended William S. Richardson School of Law at the University of Hawaiʻi.  Since graduating WSRSL in 2017, Jennifer has continued her passion for education by assisting in teaching the HIP clinical students as well as continuing her fight for the rights of others by devoting her time to exonerating Hawaiʻi wrongfully convicted prisoners.  In her spare time she uses her love of fitness and running to raise money for HIP and other Projects, even running the NY Marathon in 2016 in support of the Innocence Project.

Additionally, Jennifer is currently a PhD candidate in the American Studies Department where she plans to conduct research in the area of criminalization and incarceration of indigenous people in the US and abroad.