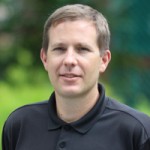 PhD University of Hawai‘i at Mānoa

Jeffrey Tripp holds degrees from Southern Connecticut State University (BS, History & Social Science, 1994), and the University of Hawai‘i at Mānoa (MA, Asian Studies, 2002 and PhD, American Studies, 2010).  His primary research interests center on transnational studies of America’s political, military, and cultural role in the world, with particular focus on East Asia. Prior to arriving in Hawai‘i for graduate work, he lived and worked in Seoul, South Korea for six years, where he studied Korean language and history.  He began his MA graduate work in 2000 at UHM’s Center for Korean Studies, where he worked as a copy editor for the journal Korean Studies.  His MA thesis examined the history of American involvement in Korea during the Carter administration.

His doctoral dissertation examined the spaces and places along the Korean DMZ where the interests of the US, South and North Korea intersect. His research took him to areas on the DMZ in both North and South Korea. He has published in the Journal of Asian and American Studies, authored studies for the National Park Service, and co-translated a book project the examined East Asian history by scholars from Korea, Japan, and China.

Aside from his degrees, he also holds Graduate Certificates in Korean Studies and Historic Preservation. He held a fellowship at the Academy for Korean Studies in Seoungnam, Korea was the recipient of two Foreign Language and Area Studies fellowships to study Korean language.